– The crew at LSU is focusing on renewing football season tickets as well as selling new, while also having a heavy hand involved in group tickets across multiple sports. Last week they renewed 287 football seats, sold 46 new seats and added in 723 group tickets. Another big week in Baton Rogue!

– The team at Kentucky has been heavily involved in football season tickets for 2020, splitting time between renewals and new. Last week they sold 62 new football season tickets, while also getting a count on their renewal totals so far. They have renewed about 2,400 of the 12,000 seats that had not renewed by the Early Signing Period.

– The group in Atlanta spent a good portion of their week preparing for the #StateNotSouthern game, which was packed on Friday night! They also focused on football sales, renewals and new. They sold 112 group tickets for basketball while getting 57 football seats renewed!

– Ryan had a busy week focusing on his AG Day, making renewal touchpoints, planning out group nights for the 2020 football season and speaking with Freshman business students. He sold 16 new season tickets, renewed 50 tickets and added in 145 group tickets, 100 of those for AG Day!

– Camille has been focused on a few items including group tickets, getting basketball playoff information out and getting an intern on board. She sold 99 group tickets last week while also starting to prepare for basketball renewals.

-Kyle has been working to get settled in Charleston and this week he spent the majority of his week on football renewals and new season tickets, as well as working on their Faith and Family Day for baseball. He renewed 52 season tickets and added in 6 new!

This week’s weekly read is an article posted in LinkedIn about how we as tickets sales reps can address the coronavirus and the potential objections. Not sure that we are getting a lot of this right now but it is something we should all be following and prepared for if this starts to become an objection over the coming weeks!

Get To Know Your Colleague

This week we are going to stick with Georgia State and highlight our superstar AE, Kaylee Goodell! Kaylee joined Alexis in Atlanta with the Goergia State team in July of 2019 and has been crushing it, especially groups, ever since.

Kaylee grew up in the Northeast in New Hampshire which led her to be a big time Patriots fan (note she has no relation to Roger Goodell). In NH, she grew up playing softball and excelled at field hockey, where she was at one point the top goalie in the state! After graduating high school she stayed in her home town as an LNA and coached the JV field hockey team. From there she moved south to South Carolina where she attended Coastal Carolina where she majored in Recreation and Sports Management while also playing goalie for their club lacrosse team. Kaylee started her sports career working as stadium operations intern for the Iowa Cubs. There she learned a little bit of everything from plumbing to launching hot dogs into stands! After working baseball she moved to hockey, working for the Iowa Wild (AHL) as the sales coordinator. She was then recruited by our very own, Trevor Johnson (AGM at LSU), to work as the sales intern for the New Orleans Baby Cakes. There she learned the basics of sales under the leadership of Trevor and Kyle, both with TSU at LSU now!

Kaylee and her boyfriend Matt are dog parents to their cute pup Diego, who they rescued from Hurricane Matthew. They enjoy spending their weekends hiking and visiting various National Parks around Georgia. Their goal is to visit all 62 parks in Georgia, which they knocked off 4 last year. Her favorite athlete is Chipper Jones and even went to Cooperstown in 2018 with her dad and brother for his Hall of Fame induction!

We are lucky to have Kaylee at Georgia State and excited to see what her bright future holds with TSU! 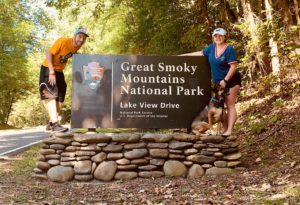 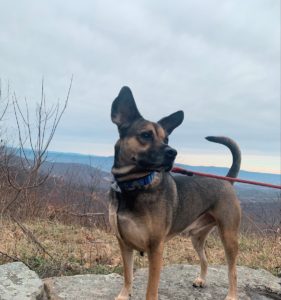